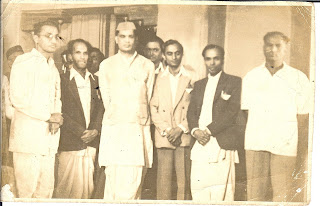 A photo taken at Prakash studio when it was handed over to the workers to be run by Vijay Bhatt. Seen in the picture is Jay Prakash Narayan. 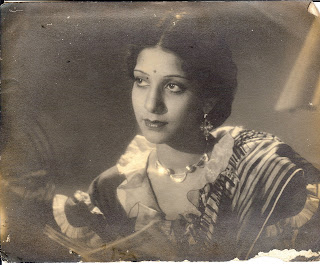 Character actor Samson in the film Nadiya Ke Paar in 1948.Make up by Papa ajoba. 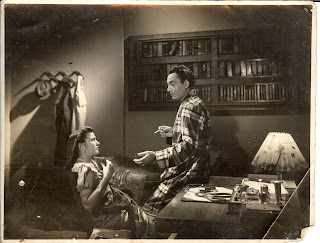 Kishore Sahu in the film Sindoor (1947) Papa ajoba hand made the wig that Kishore Sahi is wearing in this photo by hand by literally sticking each hair at a time. 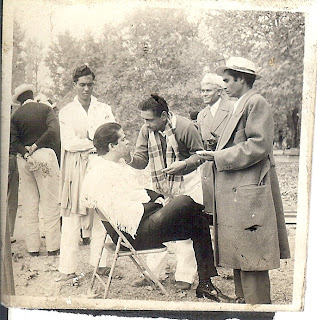 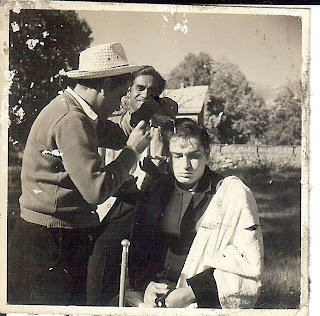 With his favorite star Shammi Kapoor on the set of Janwar 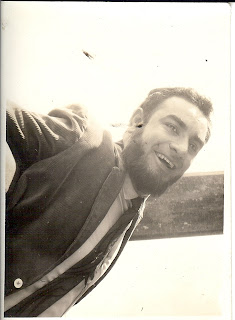 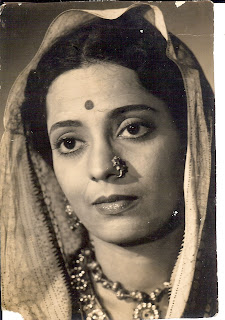 Leela Chitnis in the film produced by her company called Kissi Se Na Kehana in 1942, a film on which my grad dad was an assistant. 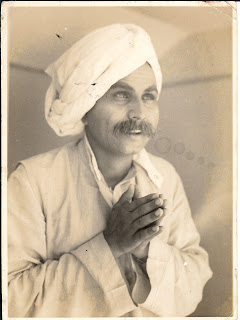 Character actor Shukla from the film Kissi Se Na Kehna (1942) done by Papa Ajoba when he was an assistant make artist. 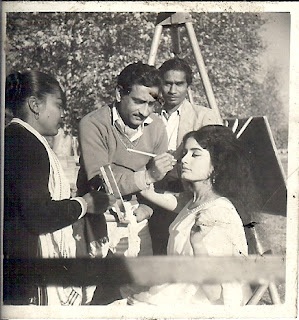 Lacquering Rajashree ( V. Shantaram's daughter) on the sets of the 1965 film Janwar.
Posted by Anuja at 11:22 PM

H, it is only now that i checked ur profile at facebook and found that you have been quite a busy gal. I love the idea of the piece of history that you are retracing. The pics are amazing but then they are bound to be naa :)I will visit this site often now that I know of it. Wish u all the best.